O
Written by Ophelia Yue
Updated over a week ago

Vocareum's platform provides the ability to auto-generate simple scripts to facilitate the automatic grading of student assignments based on output comparison or exit status. Grades are reported through the use of a CSV grading file.

Here are the necessary steps to set this up -

1) Under the Part Setup, turn on the "Autogenerate scripts" option - 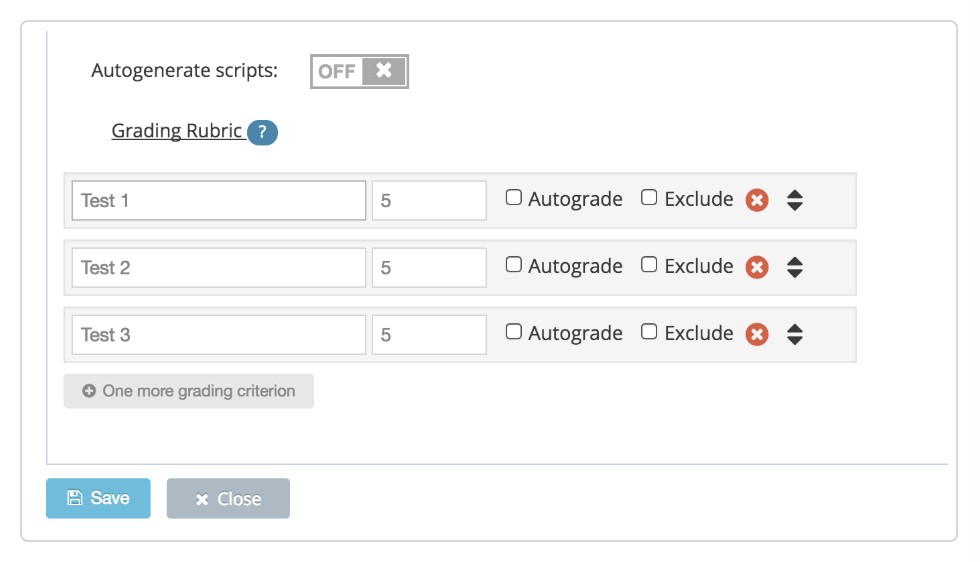 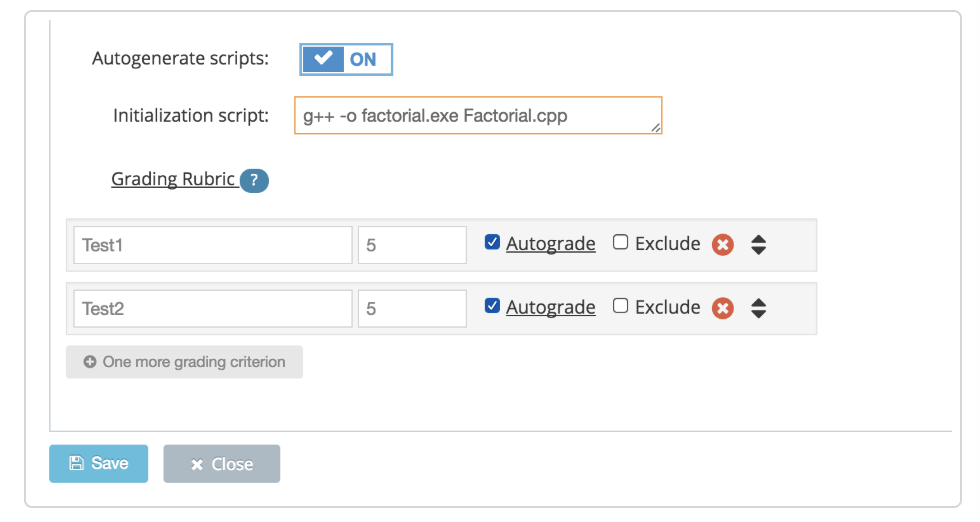 3) Select the "Autograde" checkbox to enable automatic running of the grading script, then click the "Autdograde" link.

4) The following screen appears when the Autograde link is clicked. Decide on the Grading Approach - 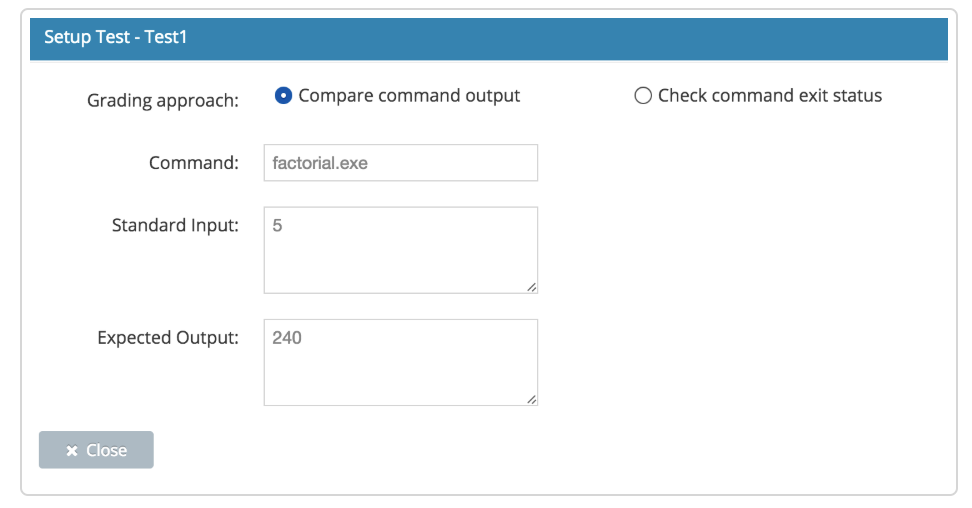 5) Enter the "Command" to be run based on the given Grading Approach.

7) Click "Close", then "Save" to commit your Grading setup changes and to generate the scripts.

8) In the above example, the following files are automatically generated: 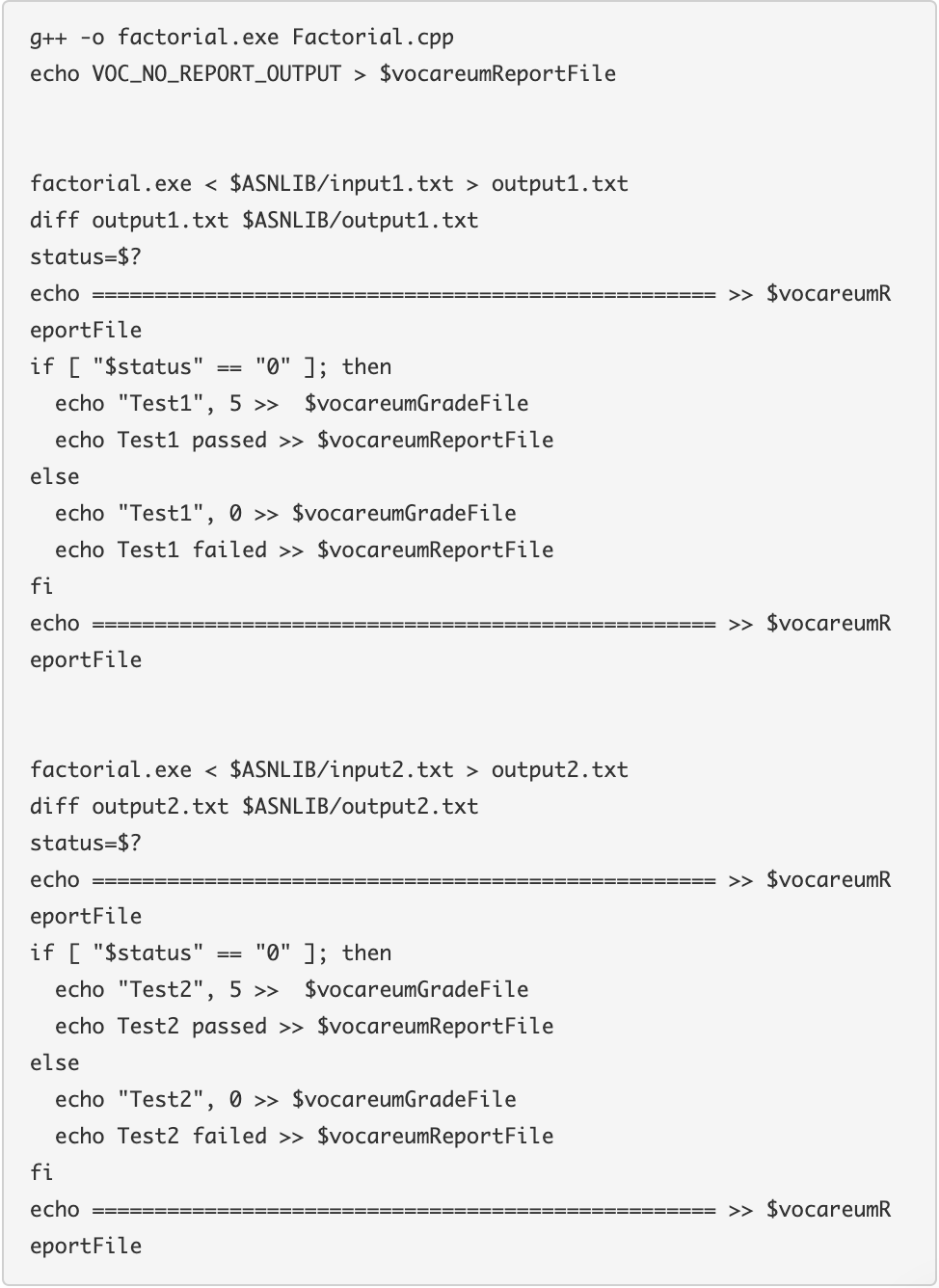